Google Allo is a smart messaging app launched by Google in September. Recently, Google has introduced Hindi language capability to Smart Reply and Assistant in Google Allo. These new features are to be incorporated in Android and iOS platforms for getting used by all users.

Allo is not a chat app which converses with the friends. But, it also includes Google Assistant. The assistant itself is quit an useful feature. The user can just type @Google and get response from the Assistant. This feature is useful in finding the time to travel from one destination to another. On top of this it will get informed about cheapest available  flights for a particular destination and also gathering information on discounts and offers.

The new launch from Google makes it sure that Google Assistant understands and respond in a local Indian languages like Hindi. The executives of Google India emphasizes that this support service in Hindi is an effort on their part for localization based on a widely used Hindi language. Infact, Google India aims to reach the next million users with this support services on Hindi. The language can also be changed with device settings, through a single tap. The Assistant can be brought to group chat by simply typing @Google. A one-to-one chat is also possible to be conducted with the Assistant. Google Allo in Hindi not only understands texts, but also provides suggested responses on images send by friends and relatives, all in Hindi.

The Allo app is first of all downloaded and can be made to talk in HIndi with just a “Talk to me in Hindi” using voice command. User can sign on with Allo with just a mobile number.

Not only this, we have seen similar active pushes from Government of India, from the Ministry of Electronics and IT, in last October when a proposal was passed for taking support from at least  another language in phone, other than Hindi and English. 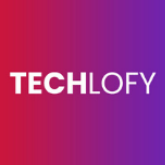 France is giving its citizens $3,000 to get rid of their car and get an ebike

France is giving its citizens $3,000 to get rid of their car and get an ebike

10 Apps to Keep Your Business Running Smoothly During the Summer