Allison JamesJuly 21, 2020Comments Off on The mystery behind recent Twitter Cyberattack0124

After Twitter Cyberattack, the company has decided to unravel the mystery. Recently, Twitter Inc. faced the worst security breach. To solve the mystery of this cyber breach, Twitter will be taking steps to check the reasons behind it. Reportingly, Twitter will be also ensuring if its victim staff was really a victim of some cyberattack or if they deliberately allowed hackers to access their accounts. For this, Twitter will be checking the logs, phone records, and email of the employees. It will be also checking what type of information has been compromised in the recent breach.

On Wednesday, a Bitcoin Scam appeared on Twitter. Many verified accounts such as of Barack Obama, Former President of US, Joe Biden, Bill Gates, Elon Musk and even Warren Buffet post invitations for an apparent Bitcoin Scam. This led to a largescale Cyber Scam and many people actually fell prey to it. The Bitcoin tweet collected $120,000 cryptocurrency. However, Twitter deleted the post from a verified account and also said that it has detected a coordinated social engineering attack. It said that the attack was made by some of the people who successfully targeted some of Twitter’s employees with access to internal system and tools. This explanation of the company has led to various speculations over the identity of breachers and their motive behind all this. As the attack was before November Elections of the US, a lot of people are looking at it as a breach of sensitive data before Election campaigning. However, what might be the reason, the Cyber Scam turned out to be a blot over the image of Twitter. 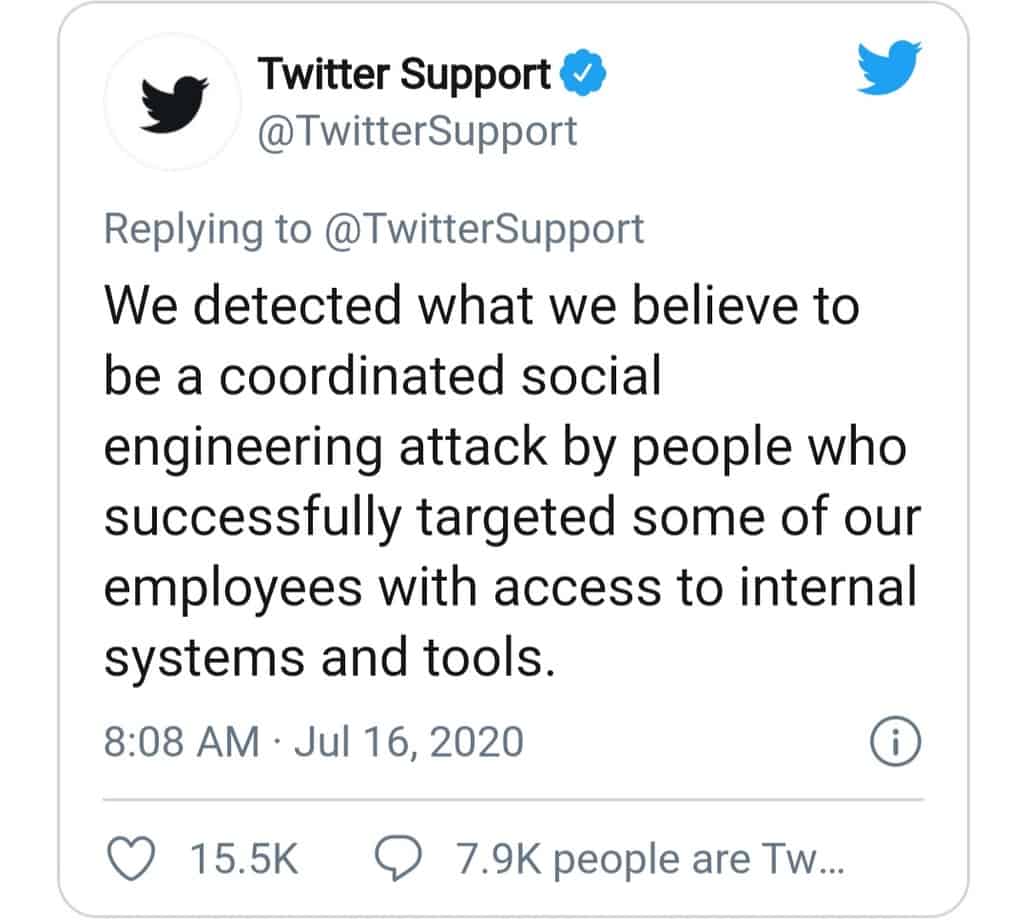 Twitter will be definitely taking steps to investigate the cause and details of the Cyberattack. It will be investing neutrally and will also be ensuring If its employees were actually victims of this scam or did they intentionally led this happen. This whole incident is the worst Cyberattack in the case of Twitter in its 14-year-old history. It is likely that Twitter will be focusing on the employee logs, their emails, and also phone records, it will also be checking the failures in the authentication process that might have allowed the hackers to hijack the prominent accounts. Twitter will also be looking for the data that has been compromised during the breach.

The Cyber Scam on Wednesday has obviously acted as a blot on the image of the prestigious social media platform like Twitter. As the scam involved accounts of Prominent people, the concern has been increased. A lot of people are also raising their concern about their own safety as the users of Twitters. AS the hackers have been able to collect $120,000 of cryptocurrency through its tweets, it is quite evident that a lot of people have fallen prey to this bitcoin Scam. According to Twitter, its shares were down by 6% on Thursday. Obviously, this must have been hard on Twitter.

It has been expected that the Cyber scam might just be a distraction for a greater attack so as the hackers can take advantage and attain more confidential data by distracting the company. It has been said that the lingering effects of the breach can be more serious than what it seems. These attacks were part of social engineering and it was done by a group of hackers. According to Rachel Tobac, the company will not be completely transparent, it might damage their brand as the breach was a meltdown for the public.

According to Rachel Tobac, Chief executive officer of San Fransisco based SoicalProof Security, “Social Engineering Attack means leveraging the human element of security and there are many ways to do that”. Even she said that someone who has administrative access can only try and gain the credentials to log in to the accounts of someone. She also said that the other way of doing so can be a non-technical method that is by building a relationship with someone who works on that panel and can help you in gaining access to the credentials.

Twitter has, however, not yet been able to find the cause and exact effects of this Cyberattack yet a lot of people are still unhappy with such scam at a Prestigious platform like Twitter. Over the years. Twitter has indeed been able to gain polarity among its users. From heaven for marketing to the most user-friendly microblogging platform, it has always excelled among the social media platforms. But this latest breach has created a sense of discontentment among the users and they are demanding more security measures. Even earlier, someone deleted the account of Donald Trump. However, it was reactivated. Twitter as a global company should try to build a more secure and safe system. 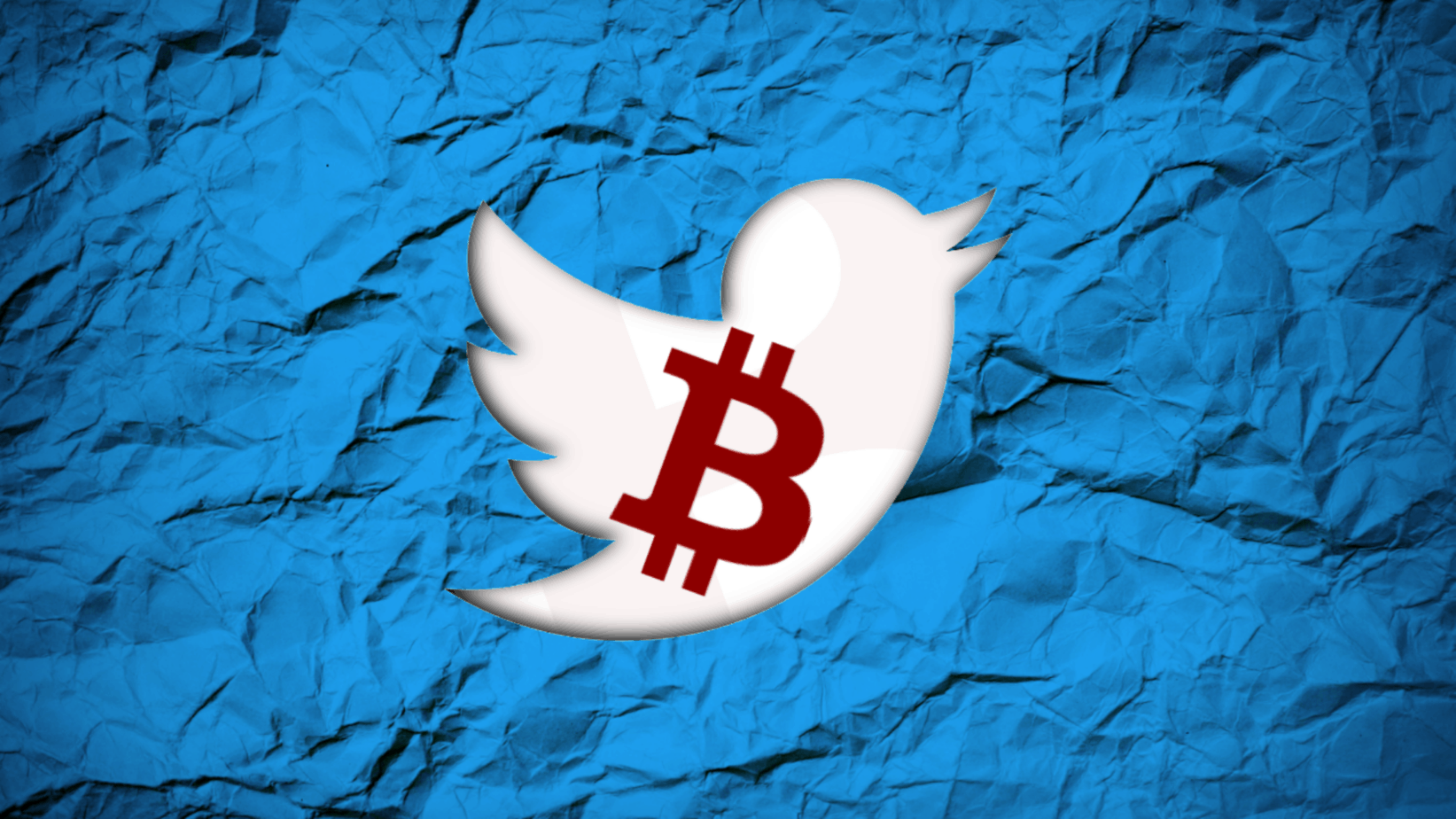 Amazon launches Amazon.se in Sweden to expand in Europe

7 Best Sleep Accessories to Help You Adjust to Daylight Savings

Streamline Your Remote Workforce with Getscreen.me

10 Charging Accessories to Always Keep Your Battery at 100 Percent